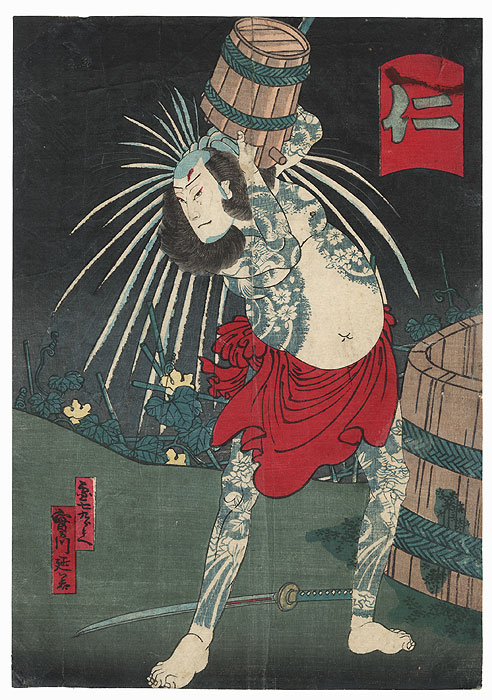 Special detail - We've seen another version of this same print by Hirosada which features Nakamura Utaemon IV as Danshichi Kurobei, but that image has a tattoo on the arms and upper chest only, and has a single red cartouche to the right of the figure instead of the three cartouches on this print. The character in the red block at upper right means "benevolence," which is one of the Five Virtues of Confucius, suggesting that this print might be from a series of that subject. 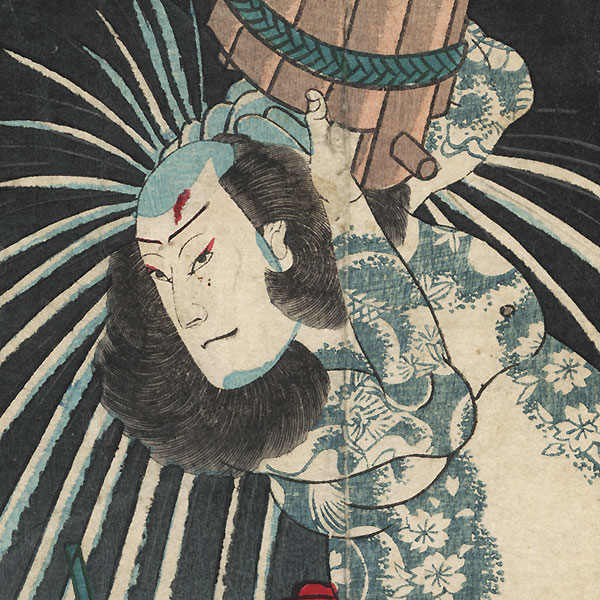 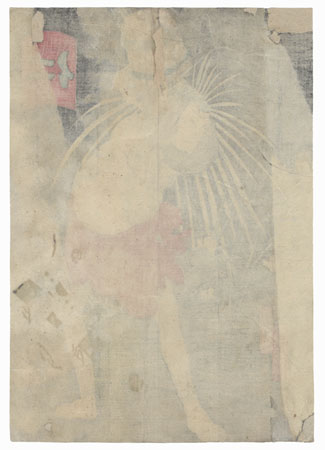