Moon through a Bamboo Lattice Window 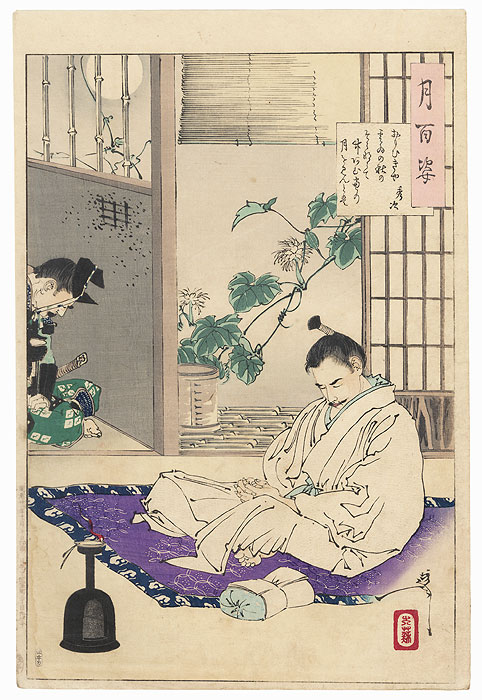 Moon through a Bamboo Lattice Window - Wonderful contemplative scene illustrating the story of Hidetsugu, adopted son of Toyotomi Hideyoshi, a great military leader. Initially distinguishing himself in battle, Hidetsugu began to act irrationally, refusing to lead Hideyoshi's campaign to invade Korea and shooting arrows at passersby. After the birth of a true son to his adoptive father, Hidetsugu was exiled to a temple on Mount Kora. He is shown there in quiet meditation, his head bowed and hands clasped. A retainer sits in a similar position in the room at left, a full moon glowing outside the bamboo bars of the window. An interesting subject, beautifully detailed with fine embossing in the white robe. 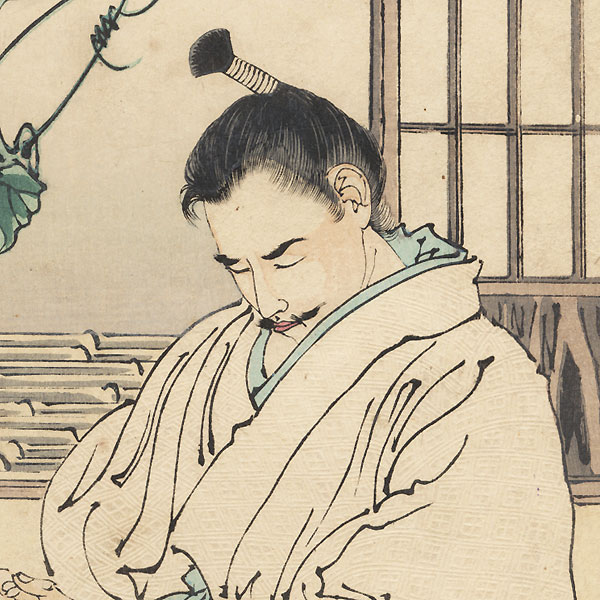 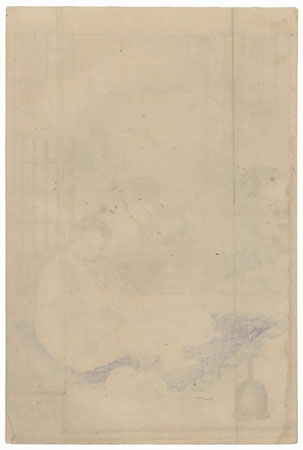