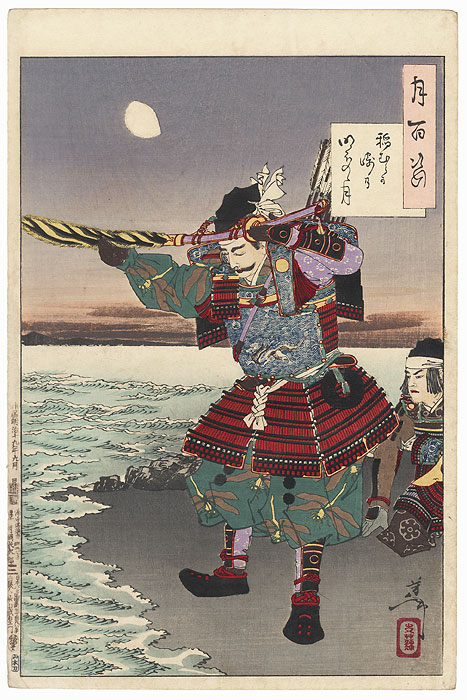 Inamura Promontory Moon at Daybreak - Terrific, original Yoshitoshi image of Nitta no Yoshisada, a former general of the Hojo army and supporter of Emperor Go-Daigo. When Emperor Go-Daigo escaped from captivity, Yoshisada allied himself and raised an army to fight the Hojo clan, his former allies. As they marched on the Hojo stronghold in Kamakura, they found themselves trapped on a narrow stretch of sand, between high cliffs and Hojo boats full of archers. Yoshisada prayed to the gods of the sea and cast his sword into the water to show his sincerity. When the sun rose, the tide retreated out far, leaving a pathway along the sand towards Kamakura. Wonderful print with beautiful color and fine detail. 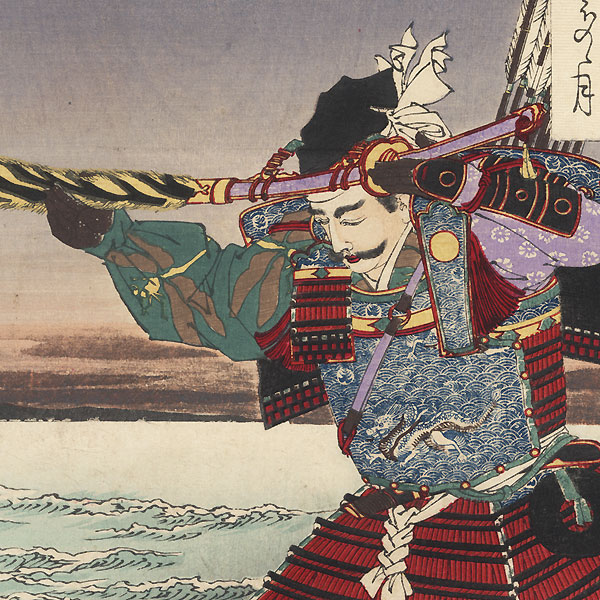 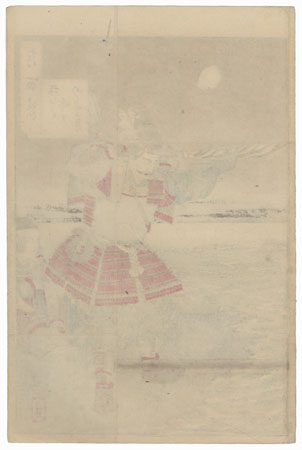