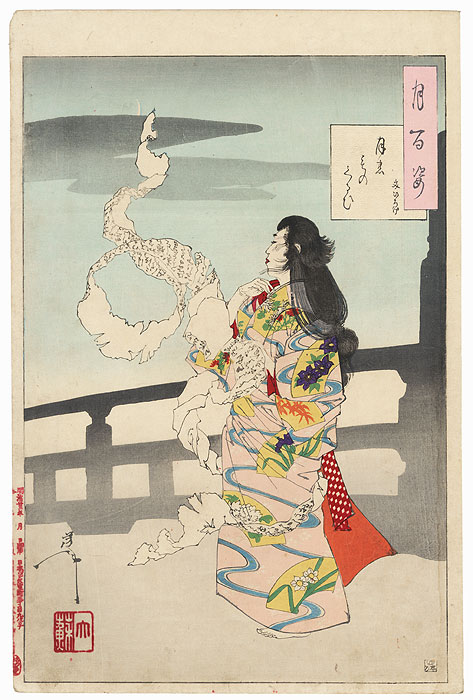 Lunacy - Unrolling Letters - Poignant image of the young servant Ochiyo, who went mad with grief after her lover died. She holds a long love letter from her sweetheart, tattered from unrolling and rereading it so often. The scene reflects the custom of unrolling letters to air them in the seventh month of the year, but Ochiyo became obsessed with his messages, wandering about the city clutching them. The paper spirals off into the sky, taking on a life of its own as she watches it with an expressionless face, her unkempt hair and bare foot attesting to her madness. She stands on Gojo Bridge, the site of the famous duel between Benkei and the young Yoshitsune, the soft gray silhouette providing an atmospheric setting beneath a sliver of a crescent moon peeking above a cloud. A compelling subject, beautifully designed and shaded. 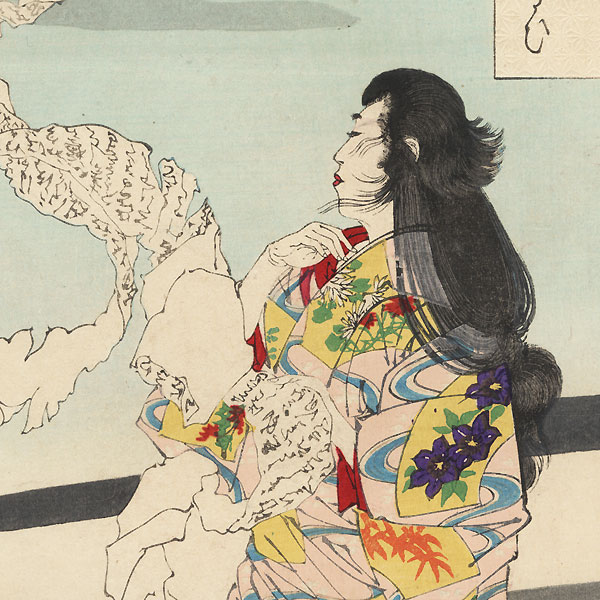 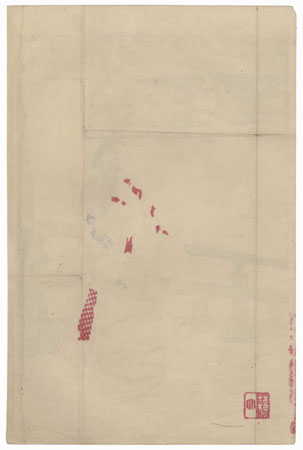