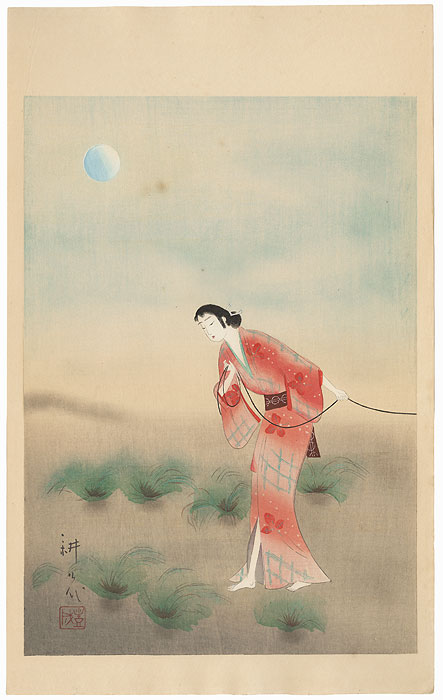 The Heroine Koman from Seki, 1923 - Beautiful image of the heroine Koman from Seki in the play "Tanba Yosaku Matsuyo no Komurobushi." The beautiful prostitute and her lover, the packhorse driver Yosaku, have been forced to flee after Yosaku was accused of forcing another driver to commit a theft. Here, the beauty leads a horse by the reins as the pair makes its way into exile. She leans forward with a rather pained expression, walking barefoot through the landscape dotted with clumps of foliage. A moon glows in the sky above as the early evening sky begins to change color. Lovely soft color with fine bokashi shading and a dusting of shimmering mica across the moon and sky.

Condition - This print with excellent color and detail as shown. Light toning a few spots. Please see photos for details. 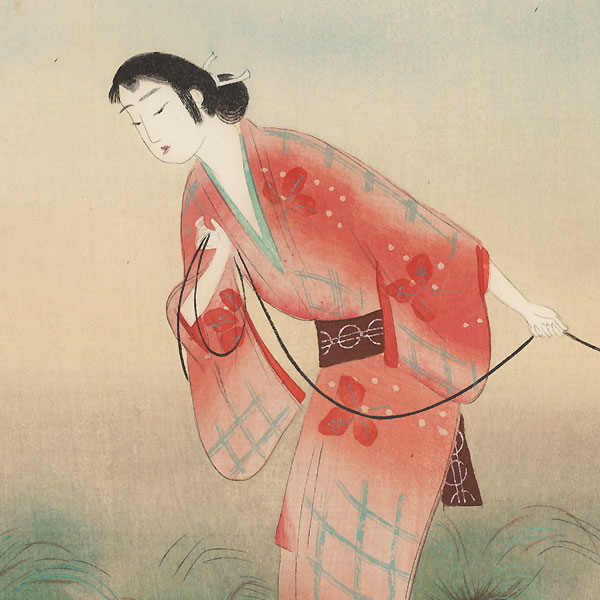 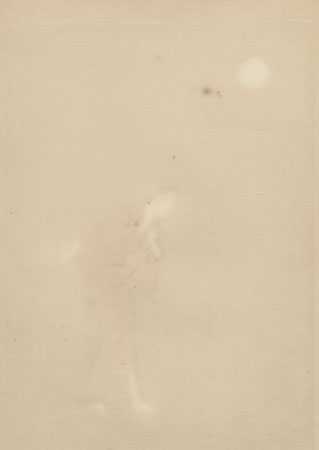