An Old Woman on the Clouds 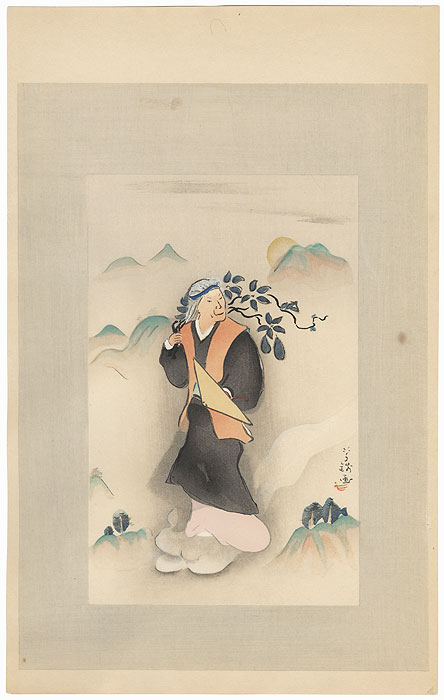 An Old Woman on the Clouds - Interesting image of an old woman appearing on floating cloud above the mountaintops. She carrying a cluster of branches over her shoulder, and a woven hat in her hand. A very painterly design rendered with soft brushstrokes and fine bokashi shading. Includes delicate embossing on the cloud and edges of some of the mountains. An intriguing subject.

Condition - This print with excellent color and detail as shown. Slight toning, a few stains. Please see photos for details. 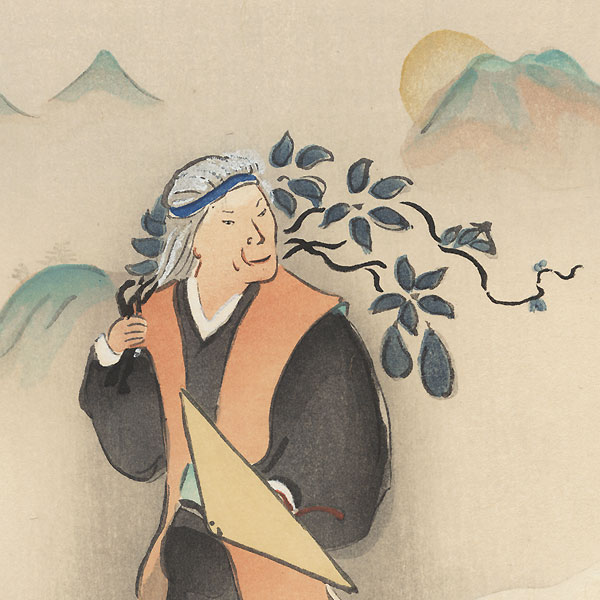 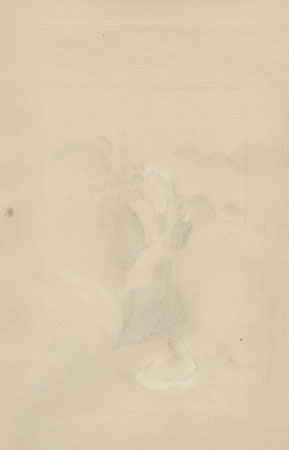