Man with a Petition 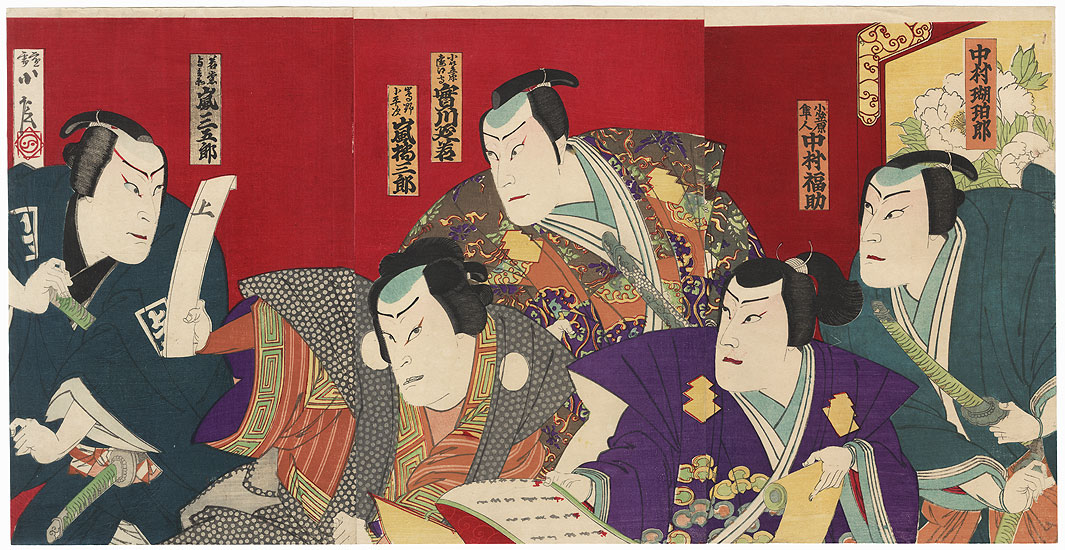 Comments - Intriguing Osaka kabuki scene of a man presenting a petition to a court official. He brandishes the message in his upright hand, grimacing as he looks to the side. At lower right, the official looks up from the long scroll in his hand. The samurai at left has his eyes fixed on the petition, staring at it intently, while the nobleman in the center watches him, and the samurai at right looks up at the nobleman. A screen at right features white peonies. A colorful design with interesting interaction between the figures. Most Osaka kabuki prints are in the smaller chuban size, so oban size triptychs like this are not seen often.

Condition - This print with excellent color and detail as shown. Three attached panels, backed with paper. Slight soiling, a few creases and marks. Please note, due to the size this print may be shipped rolled. Please see photos for details. 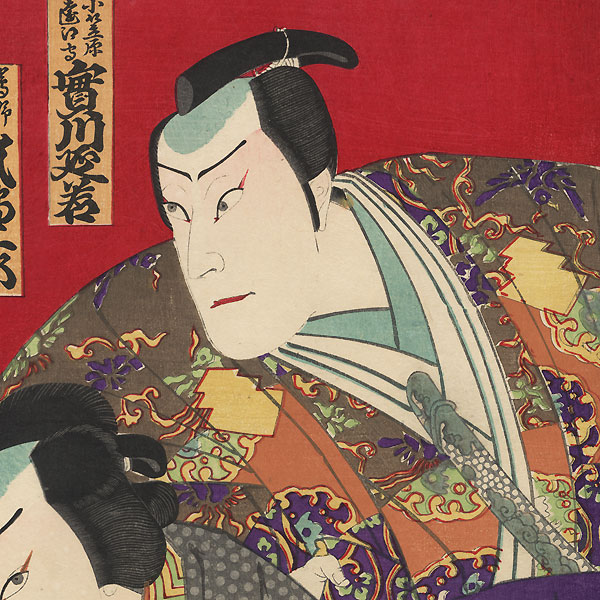 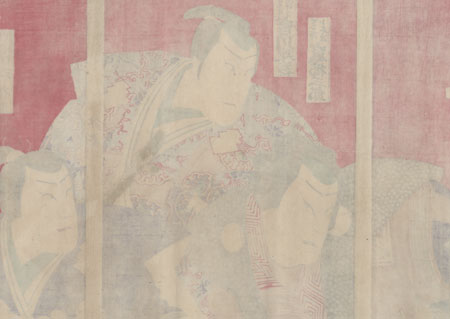