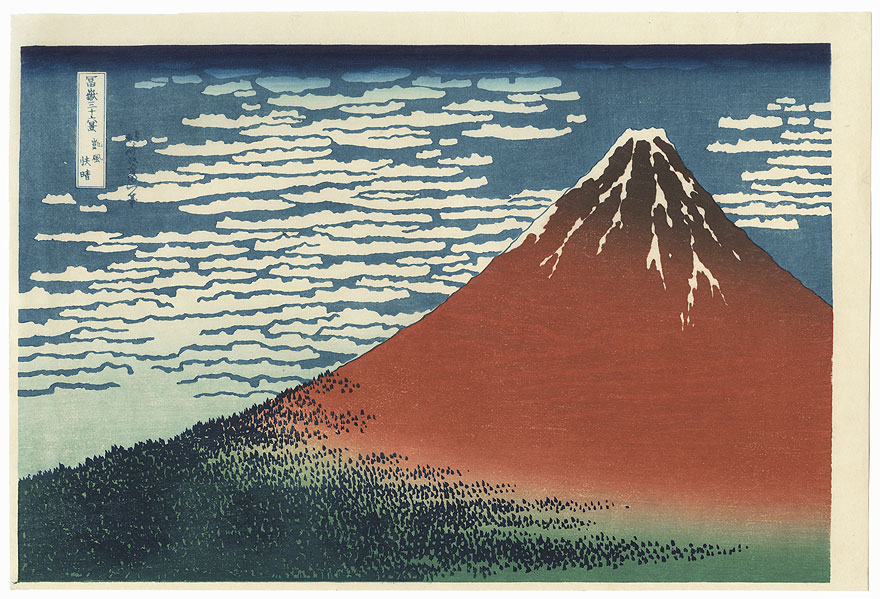 Red Fuji - This is the famous Takamizawa reprint of one of the most well known and sought after woodblock prints of all time. Hokusai depicts Mt. Fuji which is said to take on a red color in the early morning and around sunset. The original design was printed with blocks that had very recognizable wood grain on the mountain. Collectors and dealers used this marker as a first indication of authenticity. In the 20th century, Takamizawa created a beautiful, perfect replica of the print - including the recognizable woodgrain. It was an impressive accomplishment for a publisher and the Takamizawa Red Fuji reprints became famous. Some even argued that the print was intended to be passed off as an original. We often have requests for Takamizawa’s Red Fuji which has become increasingly difficult to find.

The red appearance of Mt. Fuji is especially noticeable on a summer day with the undulating clouds and a clear sky as shown here. The design is simple and an artistic masterpiece. This print, along with the Great Wave are thought to be the best prints of the series and masterworks of Hokusai's career. The Takamizawa reprint was printed to the highest quality standards with beautiful bokashi shading. 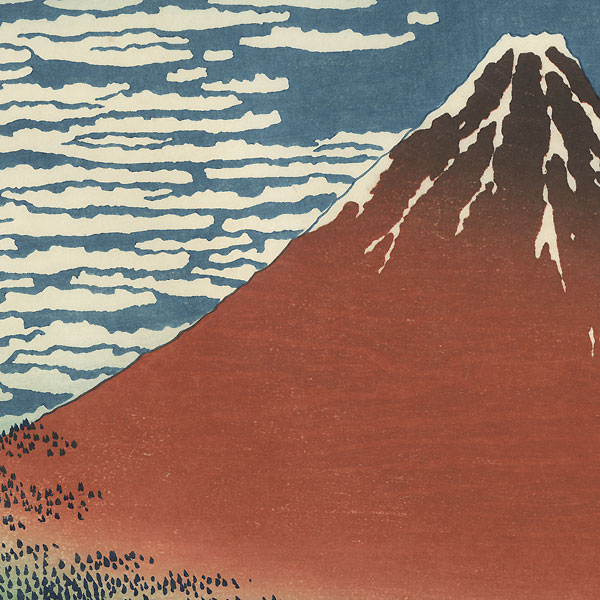 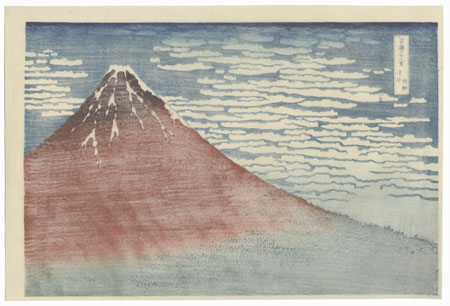