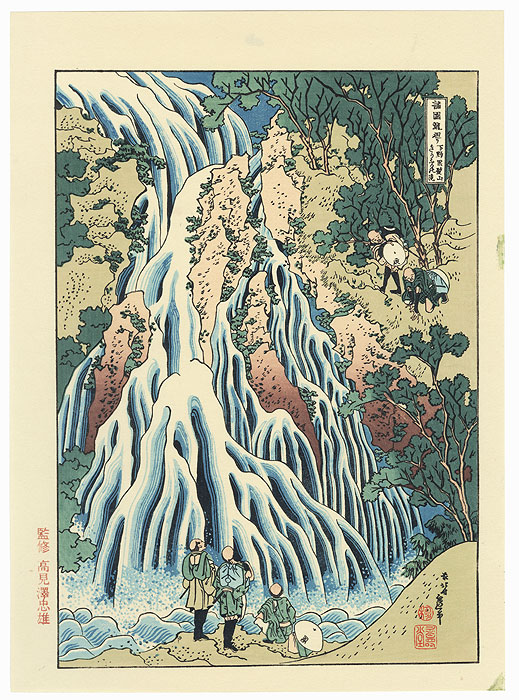 Series; A Tour of Japanese Waterfalls

Hokusai Anthology of Famous Pictures by Takamizawa - In the mid-1950s, the renowned Takamizawa Publisher released a reprint series of 49 of Hokusai prints. The series focused on Hokusai’s charming, atypical designs that were less commonly seen. From nature scenes and beauties to outstanding selections from Hokusai's "100 Views of Mt. Fuji" series, these expertly carved and printed designs beautifully capture the details of the Edo era originals. Printed with the attention to detail and exquisite quality of the Takamizawa Publisher, this rare reprint series is a collector’s delight.

Kirifuri Waterfall on Mt. Kurokami in Shimotsuke Province - Fantastic depiction of the Kirifuri Waterfall on Mount Kurokami in Shimotsuke Province. The famous falls descend about a hundred feet and are located in the mountainous Nikko area. Rivulets of water crash over the rugged cliffside, splashing into the turbulent pool below and creating a striking graphic pattern. The small figures stopping to enjoy the view are dwarfed by the majestic site. A masterwork Hokusai design from his famous waterfalls series.

Condition - This print with excellent color and detail as shown. Slight paper remnants on reverse at side from original publisher mounting. Please see photos for details. Good overall. 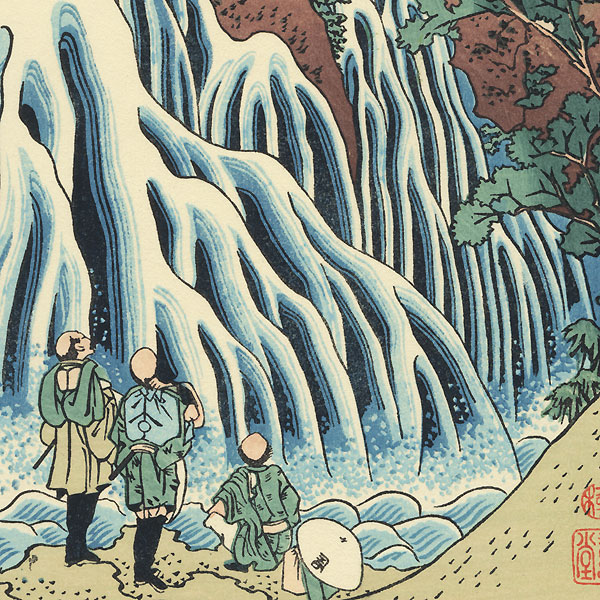 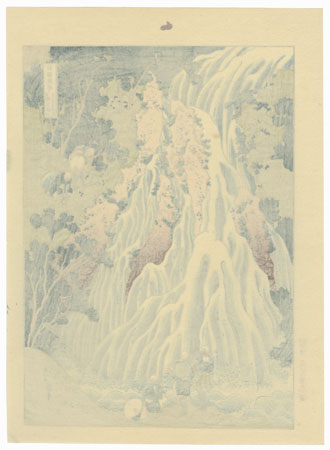