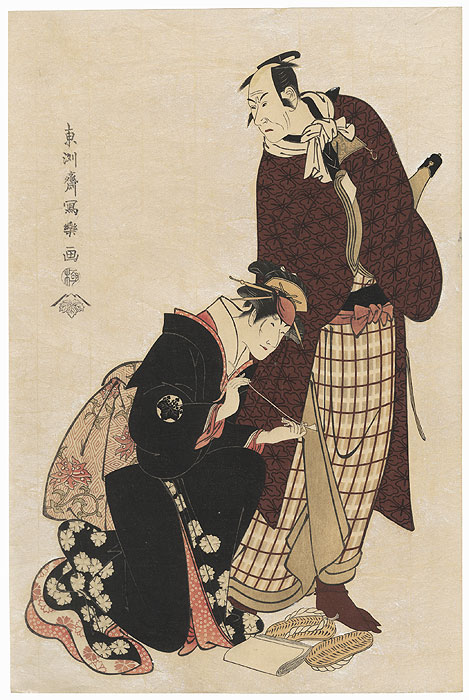 Comments - Handsome Sharaku double portrait of the actors Ichikawa Komazo II as Chubei and Nakayama Tomisaburo in the role of the beauty Umegawa in the play "Yomo-no Nishiki Kokyo-no Tabiji." Chubei is a farmer's son who works for a courier firm, who falls in love with the beautiful courtesan Umegawa. Unable to raise the money to redeem her from service, the lovers eventually decide to commit suicide together rather than be parted. In this scene they prepare to leave together, Umegawa kneels with a slender twist of paper to repair a broken sandal strap held delicately between her slender fingers. A pair of sandals and a stack of folded tissues lie on the floor before her. Chubei stands next to her, scowling as he looks over his shoulder, arms firmly folded across his chest. The sword at his side is covered for traveling, and he wears a long brown coat with a black lacquer pattern over his plaid kimono. Wonderful detail in the fabric patterns and expressive faces, with a fine distressed mica background. 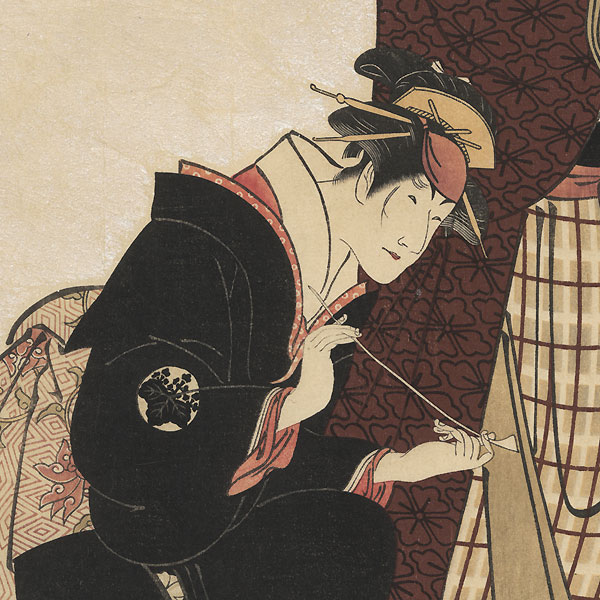