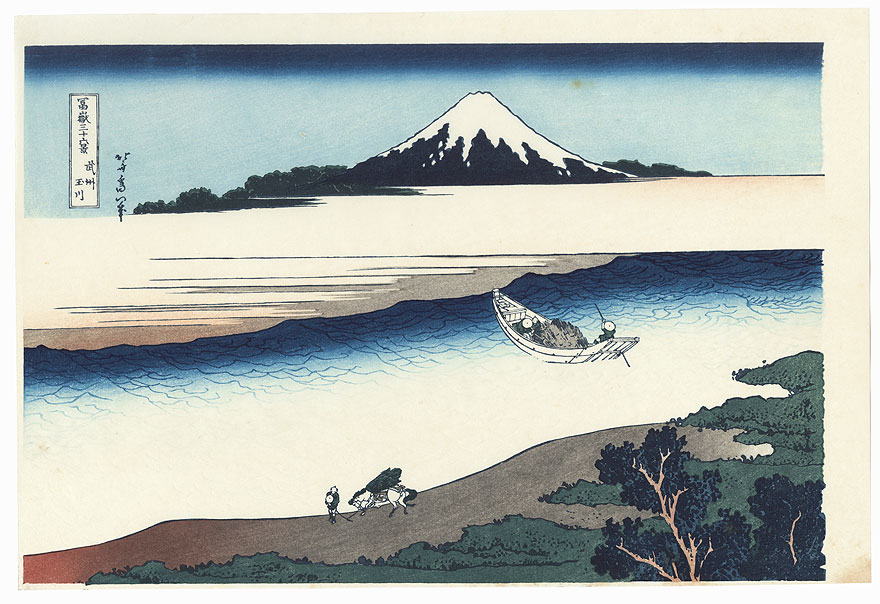 The Tama River in Musashi Province, Edo - Serene, early morning view of the Tama River beneath a heavy fog. A lone fishing boat makes is way across the undulating current, and a farmer pauses to let his horse drink from the river. Mt. Fuji rises above the fog in the distance. A lovely print with soft color and fine bokashi shading.

Condition - This print with excellent color and detail as shown. A faint spot. Please see photos for details. Nice overall. 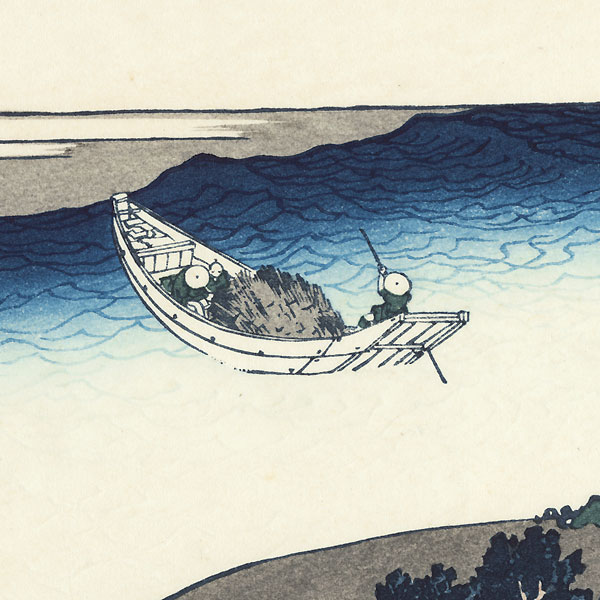 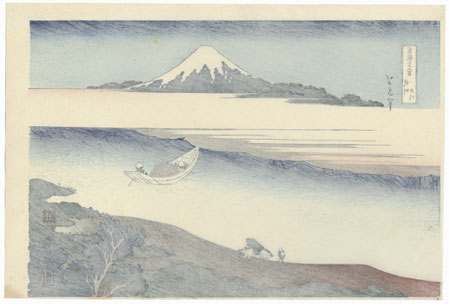