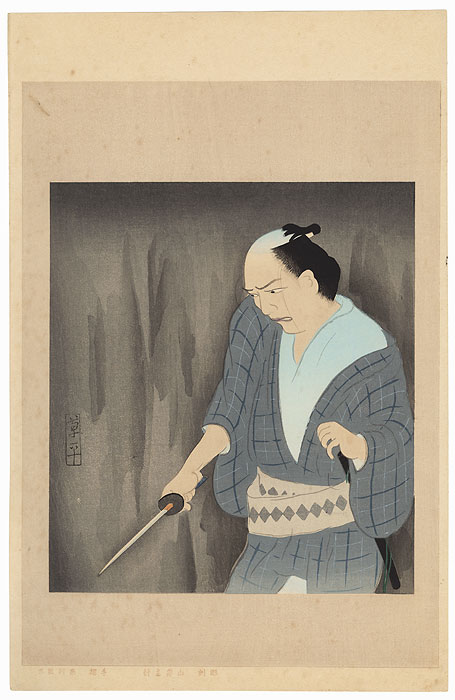 A Swordsman - Striking portrait of a man wielding a sword, staring down with an awful grimace as he thrusts the weapon forward. His gray plaid outer kimono has slipped from one shoulder, revealing a light blue under robe, and the loose hairs framing his face give him a disheveled appearance. A great atmospheric image with a wonderfully expressive, menacing figure. 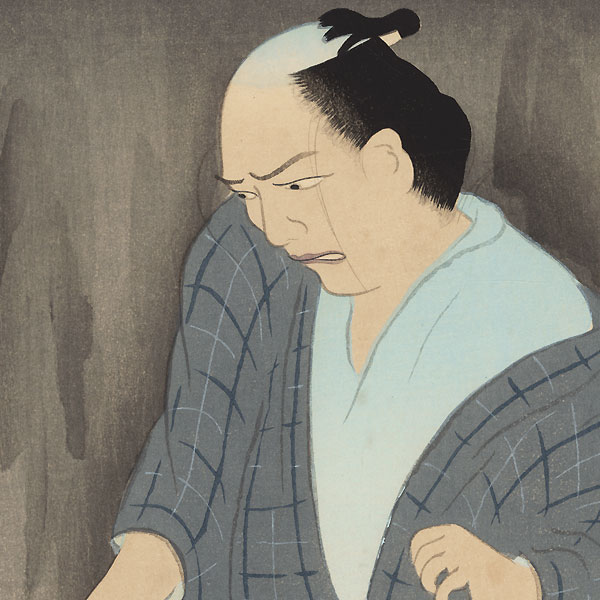 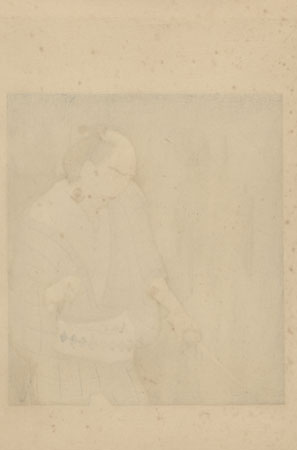