Comments - Fantastic, rare, ten-panel kabuki scene of ten otokodate or street nights set against clouds and a panoramic view of the rooftops of the city in spring. The men wear matching black kimono patterned with pine branches and cranes above a red fence. An incredible design with banners, blossoming, cherry trees, a bridge, and buildings stretching across the background. A great choice for a collector of kamigata-e or prints from the Osaka region. 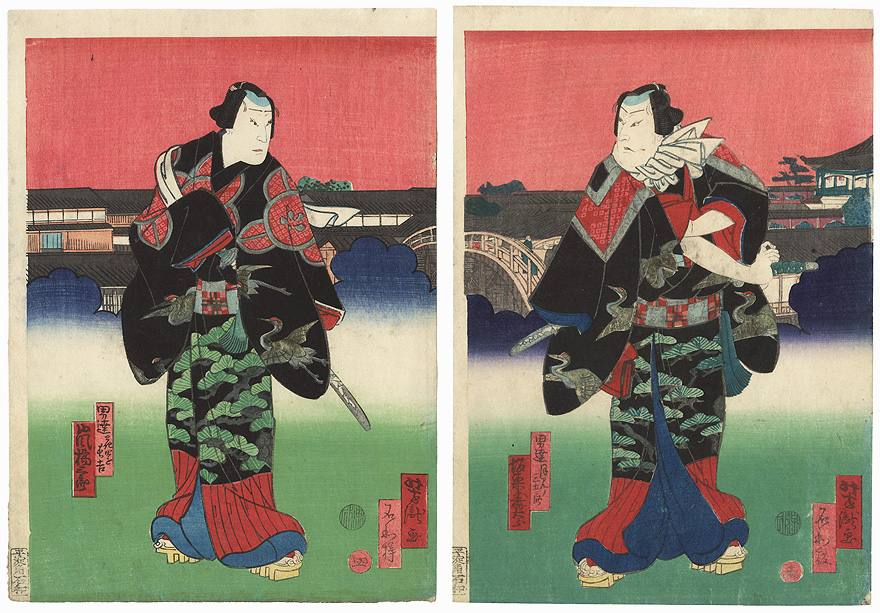 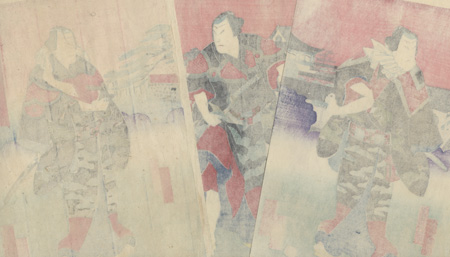