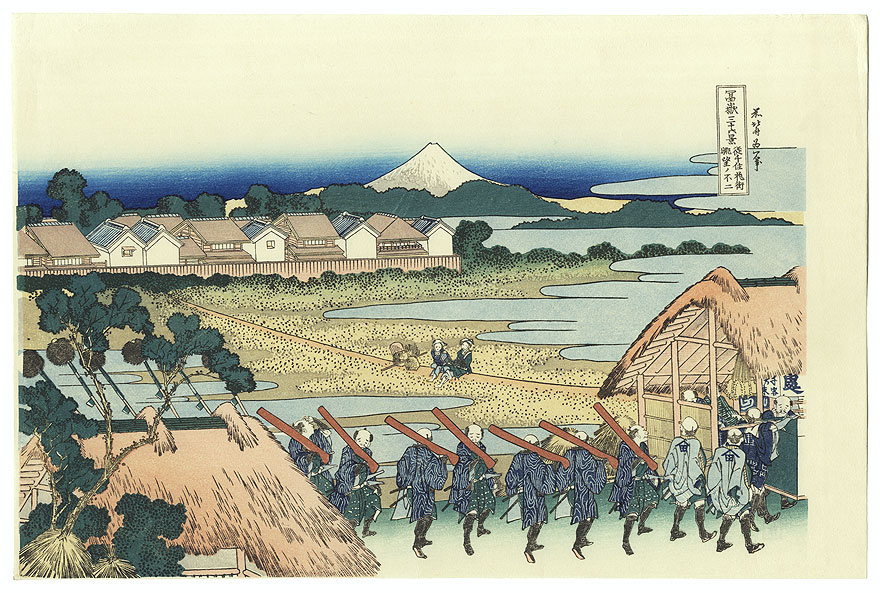 Fuji Seen from the Senju Pleasure Quarters - Interesting scene of samurai marching in procession, carrying their guns wrapped in reddish cloth as they pass the thatched-roof shops lining the road. The snow-covered Fuji in the background and the earthy colors dominating the print suggest a late autumn scene, as does the golden stubble in the fields. A handsome design with a nice panoramic view. 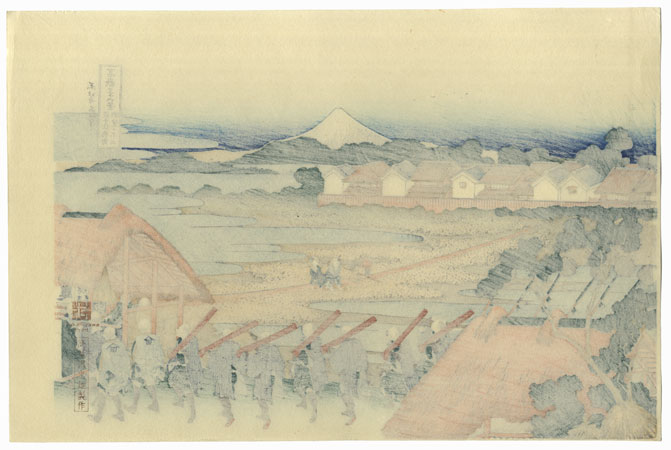