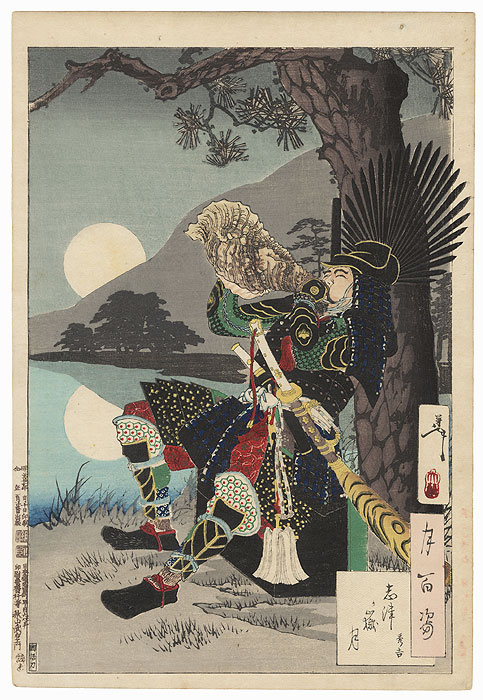 Shizu Peak Moon - Terrific image of Toyotomi Hideyoshi, one of Japan's greatest military leaders. Here, Hideyoshi sounds a conch shell to signal the attack of his forces after galloping through the night to rescue a besieged castle. A morning moon is still visible on the horizon, reflected in the water below, and Shizugatake Hill rises in the distance. Hideyoshi wears a fine suit of armor and a striking battle helmet topped with a sunburst crest, and one of his swords is encased in tiger skin. A beautifully composition with wonderful color and fantastic detail on Hideyoshi's armor, including extensive burnishing, plus embossing on the sword hilts. A fantastic design from the 100 Moon series. 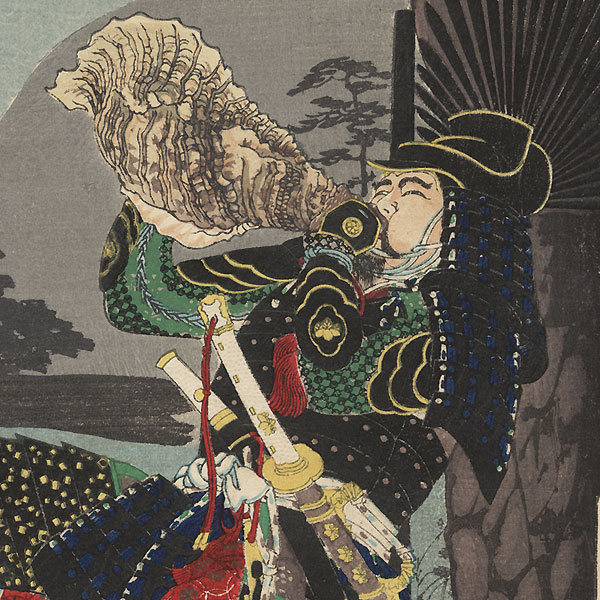 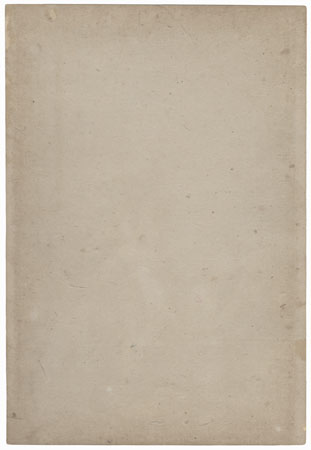