Princess Wakana - Great image of Princess Wakana conjuring up an enormous spider to help her fight her enemies. She looks over her shoulder with a grim, worried frown as she reads a magic spell from the scroll spread out between her hands. She wears a red kimono patterned with maples leaves and spider webs over a red under robe, tied with a purple brocade obi. The white collar of her under robe features a geometric design in a metallic pigment that has oxidized to a darker tone. Her long hair loops over her back, with bangs framing her face. Behind her, the glowing yellow eye of the spider stares out from its web as cherry blossom petals fall over the scene. The title cartouche takes the form of a scroll unrolling, with a text panel featuring softly shaded rows of motifs against allover embossing. A fantastic supernatural subject by this leading Osaka artist, in a rarely seen oban size format. 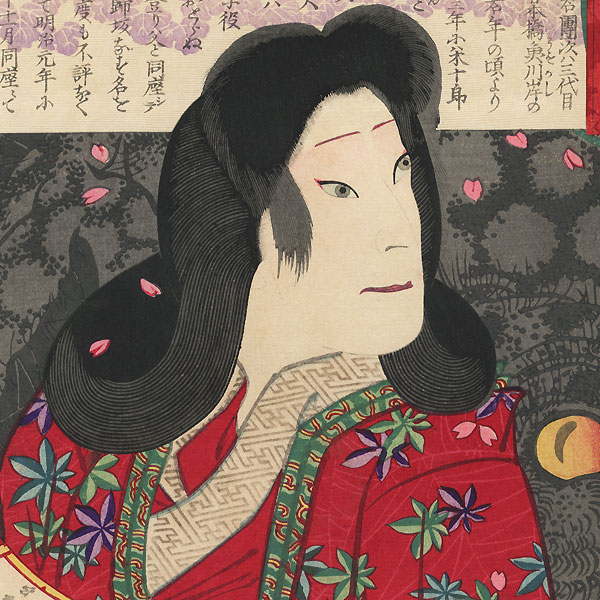 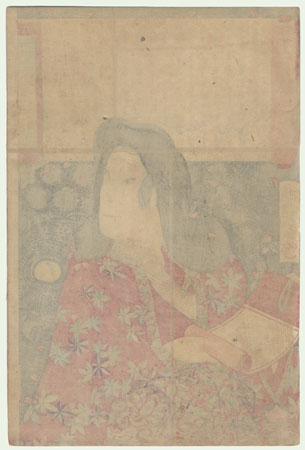