Scene from Keisei tsukushi no tsumagoto, 1832 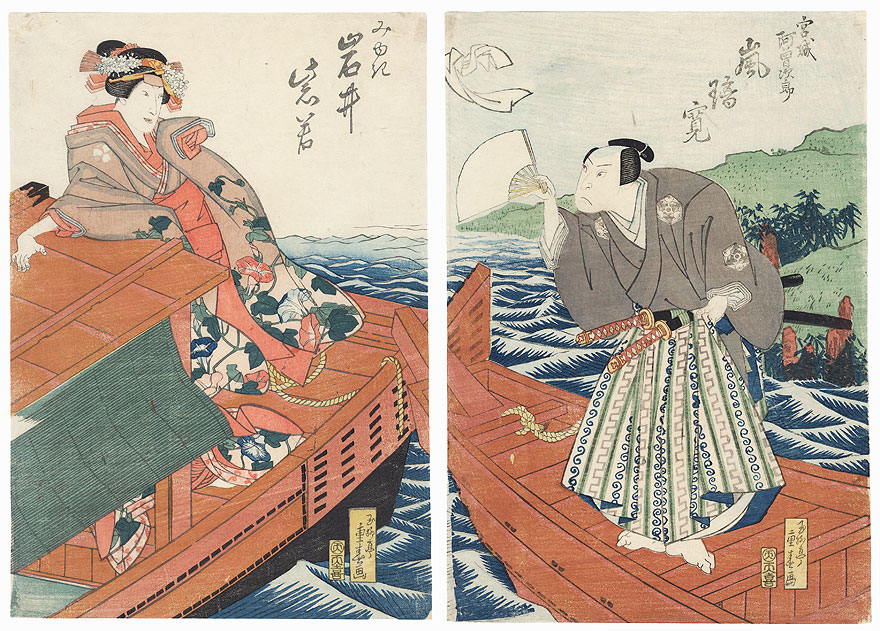 Special detail - From left, the actors are Iwai Shijaku I as Miyuki and Arashi Rikan II as Miyagi Asojiro in "Keisei tsukushi no tsumagoto" at the Chikugo Theater. 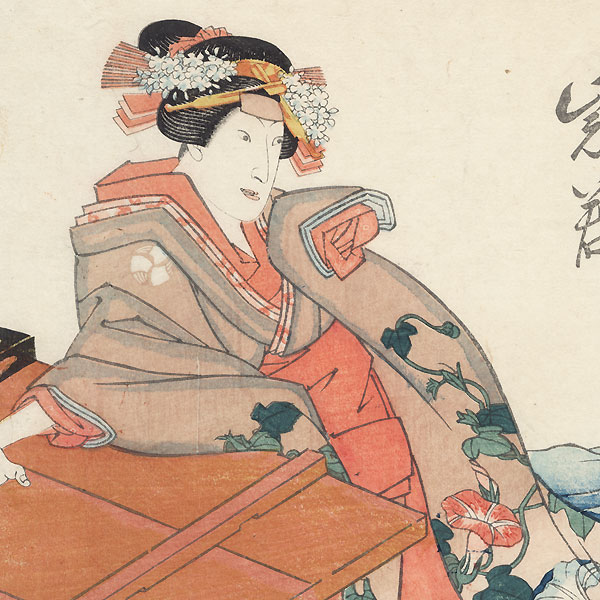 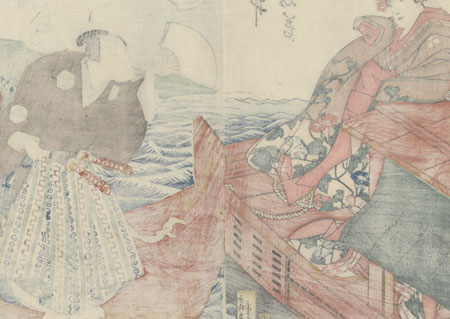