Couple in a Bamboo Grove and Matron Beating a Courtesan

Comments - Unusual, full oban sized Osaka triptych featuring two kabuki scenes. At left, a young samurai confronts a noblewoman in a bamboo grove. He frowns slightly with a worried expression, his hand atop the hilt of his sword. He wears a dark blue kimono with a beautiful burnished pattern of the Tokugawa three hollyhock leaf crest. At right, a matron uses a broom to beat a courtesan who is tied up in a courtyard under the falling snow. Detailed with metallic pigment that has oxidized to a dark tone on the noblewoman's white kimono and the samurai's sword and kimono trim. A terrific design with large colorful figures and vibrant color. 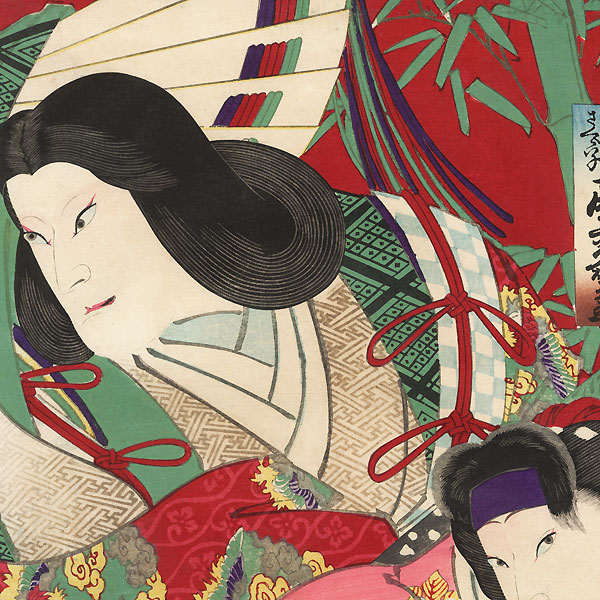 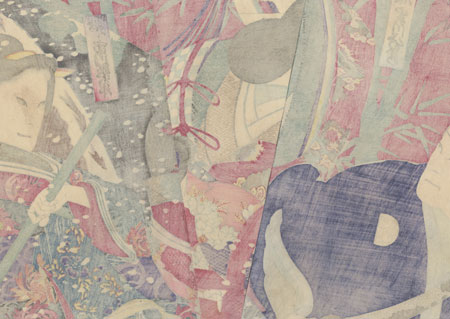