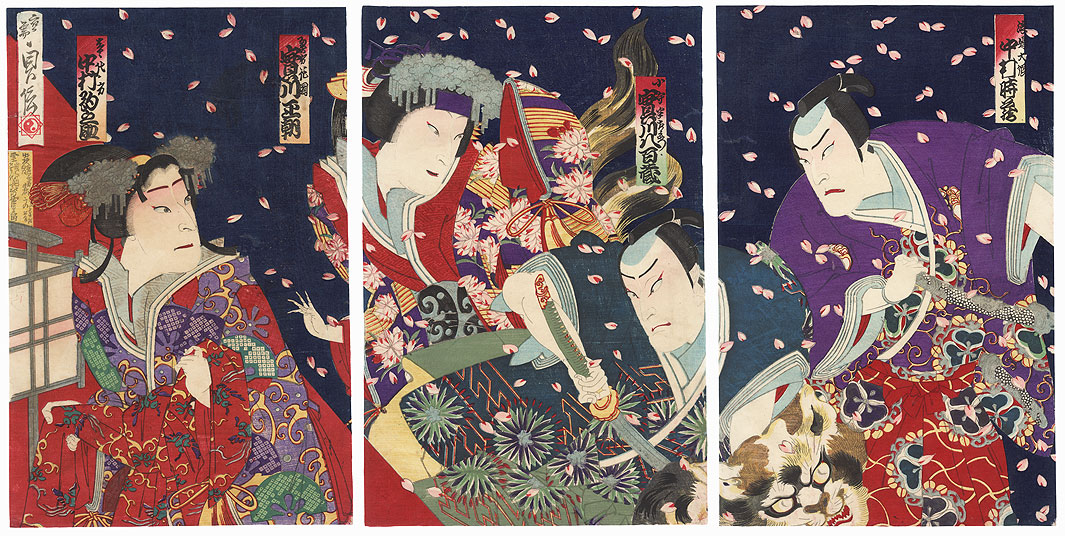 Comments - Terrific image of a samurai grabbing a cat monster by the neck as he thrusts his sword into the snarling animal. Behind him, a beauty with reacts with alarm, holding her sleeve up in fear. Two furry tails appear from behind the beauty, although whether they belong to her or the cat is unclear. At left, a matron watches the beauty with a worried frown. At right, another samurai glares at the young woman angrily as he reaches for his sword. Pink cherry blossom petals rain down over the scene against the deep blue night sky. A striking design, detailed with metallic pigment that has oxidized to a dark tone on the blade and the hilts of the swords at right. 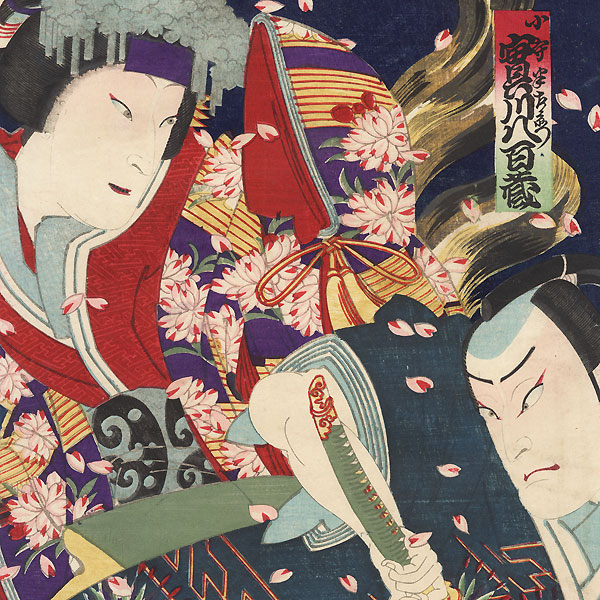 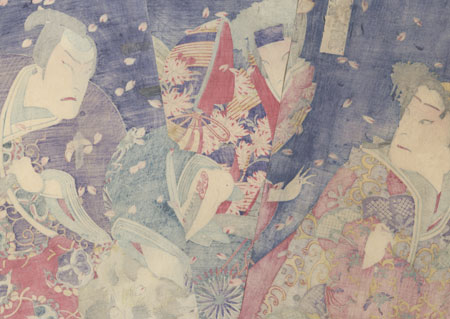