Comments - Great kabuki scene of a Minamoto nobleman facing an angry samurai, throwing his hand out at his side as he frowns at the warrior, a yellow court cap tied beneath his chin. The warrior glares back at him, gripping a bow in one hand. He wears a purple kimono decorated with a dragon and swirling clouds. At left, a woman holding a shamisen and plectrum watches the pair suspiciously out of the corners of his eyes. The man at right wears a red kimono patterned with a rooster with long feathers over a suit of armor that buttons up the front, an unusual detail, and a black under robe. Large colorful figures set off by the red sky, detailed accents of metallic pigment that have oxidized to a dark tone on the armor and a burnished pattern on the black robe. 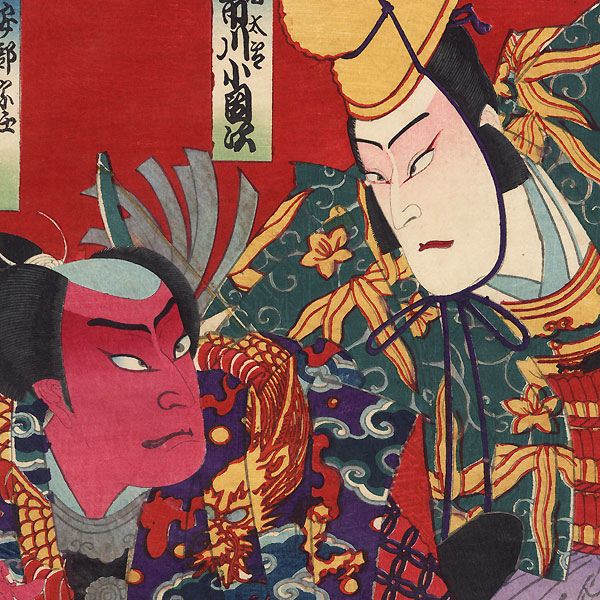 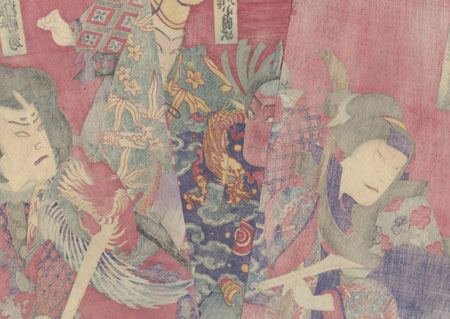